The Age of Surveillance Capitalism: The Fight for the Future at the New Frontier of Power por Shoshana Zuboff 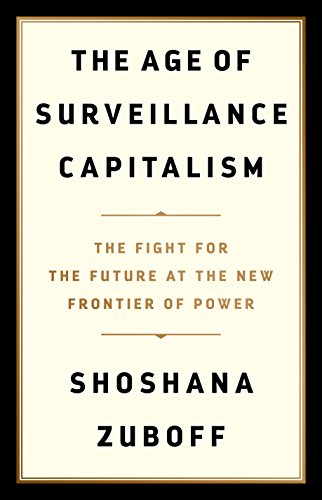 Shoshana Zuboff con The Age of Surveillance Capitalism: The Fight for the Future at the New Frontier of Power

Society is at a turning point. The heady optimism that accompanied the advent of the Internet has gone, replaced with a deep unease as technology, capitalism and an unequal society combine to create the perfect storm. Tech companies are gathering our information online and selling it to the highest bidder, whether government or retailer. In this world of surveillance capitalism, profit depends not only on predicting but modifying our online behaviour. How will this fusion of capitalism and the digital shape the values that define our future?

Shoshana Zuboff shows that at this critical juncture we have a choice, the power to decide what kind of world we want to live in. We can choose whether to allow the power of technology to enrich the few and impoverish the many, or harness it for the wider distribution of capitalism's social and economic benefits. What we decide over the next decade will shape the rest of the twenty-first century.

Exploring the social, political, business and technological meaning of the changes taking place in our time, The Age of Surveillance Capitalism tackles the threat of an unprecedented power free from democratic oversight, and shows how we can protect ourselves and our communities. This is a deeply reasoned examination of the contests over the next chapter of capitalism that will decide the meaning of information civilization. The stark issue at hand is whether we will be masters of the digital, or its slaves.